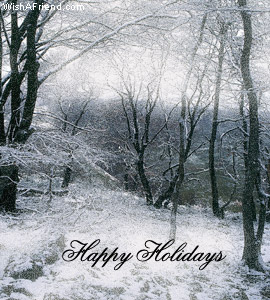 Thanks for making this a great year at Hollywood Bound and Down. Though sometimes posting gave way to work, I thought that the posts were quality (over quantity).
Next year however is going to be a big one. I'll have some Dig production journals for you in January as well as announcements on several projects I'll be working on. I'm also going to start editing Dig starting on January 3rd, which is extremely excited.
Also, it should be announced that I've officially been promoted at Dare to Pass. As the new Creative Director of Digital Media I'll be spearheading all of Anthony Zuiker's digital projects, which include the Digi-novels, iPad apps, social games, and more. It's an exciting time at the company. With four TV projects in the script phase at CBS, work on the 3rd Digi-novel about to begin, and new responsibilities, 2011 is already shaping up to be a busy yet exciting year.
Thanks to all of you who have been reading the blog. I promise to post more than this year and at least keep you updated on the projects I'm working on. Check back often come 2011 but for now, go enjoy your friends, family, loved ones and have a great holiday!
Josh
Posted by Unknown at 5:00 AM