Zeiss Cine Lenses to be Developed for HDSLRs 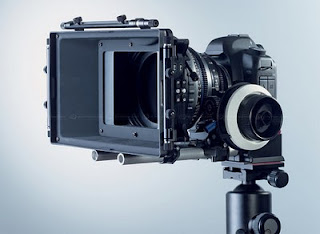 Drooling...
Will Eubank, the DP who shot Mateo's "Live at Swing House" show, has his own fabricated Panavision mounts for his Canon 5D, which lets him use a bunch of Panavision lenses he got for free (thanks to an eight year stint working there) to capturing some very cool images. (Part of his arsenal is a 50mm 1.8. 1.8! Come on!)
With the explosion of the HDSLR market in full swing it was only a matter of time before this happened. I'm sure Canon cannot believe the type of response this little-still-camera-that-also-happens-to-shoot-HD-video is getting.
The lenses will reportedly be available in June and their "Compact Prime CP.2 lenses are rumored to be compatible with Nikon F, Arri PL, and Canon EF mounts. There's also a lightweight Zoom LWZ.2 lens that will presumably offer similar mount compatibility." (Gizmodo.com)
Be sure to check out the House finale on May 17th on FOX. The entire episode was shot on the Canon 5D. Follow House director/producer @GregYaitanes on Twitter for more info.
Posted by Unknown at 5:00 AM