Wow, it has a been a while since I've not only posted but provided an update. Part of that reason is because I was traveling a lot of over the last two weeks, to Wisconsin to visit my grandparents (and go on indoor water slides) and to Florida for a wedding, and then Savannah, GA because my wife and I have never been and have heard good things.

But now I'm back and do have a few updates for you:

First of all, W&CK is going very well, even though the video hasn't actually been released yet. I've been told that the video promo packages have all been sent out to the various outlets, which means that you will hopefully be able to catch it on TV for a split second, as you channel surf through MTV and VH1 because, hey, they don't play music videos anymore.

As I know which channels (if any) it ends up playing on, I will post it here.

So, apparently, it's had 48 different "adds" (meaning, website posting it) and has received over 100,000 combined views. Top that all off, "Get Your Drink On" is one of the top 5 most requested songs on college radio -- nationwide. Now, if you went to a college where you weren't even aware that you had a college radio station (as I did) this might not seem like a big deal, but apparently, there are some awesome college radio stations out there, reaching listeners way beyond the quad, so this is a very good thing. Considering that college kids are their target audience, this is very good news.

Meanwhile, the DVD for Mateo Live at Swing House has been released. I've held off posting anything because they were holding out for exclusives, but now that things have started trickling out, I can finally throw something up here. Below are some still images from the shoot: 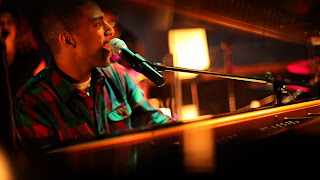 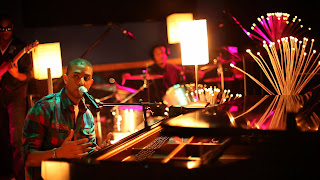 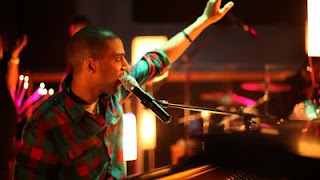 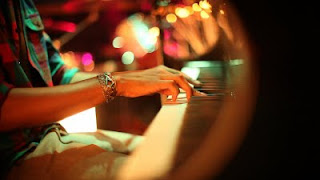 Now, these are stills taken directly from the footage, not taken separately from a different camera. We used the Canon 5D to shoot the show and as you can see, the footage looks incredible. The album is currently available on iTunes and we hope to have the DVD available for download to your iPods and iPhones soon. I'm not sure if you can purchase the DVD from Mateo yet or not but it is available on his tour. Go to Mateo's website to check it out.

In addition to all this, I've been hired to take the footage I shot at the show and edit it together with behind the scenes doc footage to create a music video for one of the songs Mateo played that night "Get To Know Me" which will then, hopefully, be going out to various outlets.

On October 10th and 11th I'll be in New York shooting a music video for Tim and the Space Cadets. The Tim is Tim Kubart, a friend of mine from Fordham who was in The Beautiful Lie and Making the Team (he played Gram). He was the guitarist in The Jimmies before moving on to form his own group. I'll be directing the video for his single "Superhero." I'm looking forward to it. It's a sweet little story. The lead will be played by a little kid (I've never worked with kids, so this should be something new and good for me, as I have a feature idea right now that would star a kid, and I could use the practice) and we'll be shooting in Brooklyn. Any chance I get to go back to New York, I'll take.

I'm reteaming with Todd Wiseman of Hayden 5 Media who will be producing the video (they previously produced Esfand's video for me) and, of course, DP extraordinaire Paul Niccolls, who will be doing the good stuff on the camera.

I'll be flip camming myself and blogging during the shoot, so tune back in for more info and goodies.

While I was on vacation in Florida, I had a conference call with the producer of Glory Days. We're still looking for a home for the script. The environment right now is very tough and we're really trying to go the smart route. Travis and I are in no rush and we'd rather slowly build a team (agent, star, studio) and get this film made rather than rush it out to a terrible spec market and have it fall flat and be dead on arrival.

I don't know if you caught the news, but Universal Studios announced that it wouldn't be buying anything else this year. After a terrible summer, it's out of money. And this is a project that would be perfect for Universal. So, why rush it out when they can't even bid?

We've decided to continue giving it to people we have close relationships until the new year. While doing that, Travis and I will be working on our latest comedy, to get that finished so we're more appealing to agents, and then re-evaluate come 2010 when all signs show that things will be getting a little better.

Having gotten this far with our script, it's amazing to see the actual process. I mean, we have a bonafide producer on our project, people in town are reading it, and a lot of people like it...but we just came out with it in one of the worst economic environments ever. And rather than getting antsy and pushy, we have to weather the storm and wait for it to either land on the right desk or the right time.

But we'll get there. We all want the movie to get made, rather than just sold, which is why we're taking our time. We're playing it smart. But, we do have a big agent reading it this weekend, so fingers crossed.

Travis recently finished the treatment/outline for our musical. He submitted it to our manager last week, who read it, loved it, and just had some quick fixes. Travis is working on that this weekend and then it sounds like next week we'll start going out with it. I can't go into too much detail about it right now but I will as soon as I can. Either way, we're making headway on it, which is exciting. From what I know, when our manager is really into something, he gets things done.