Read the Production Draft of DIG 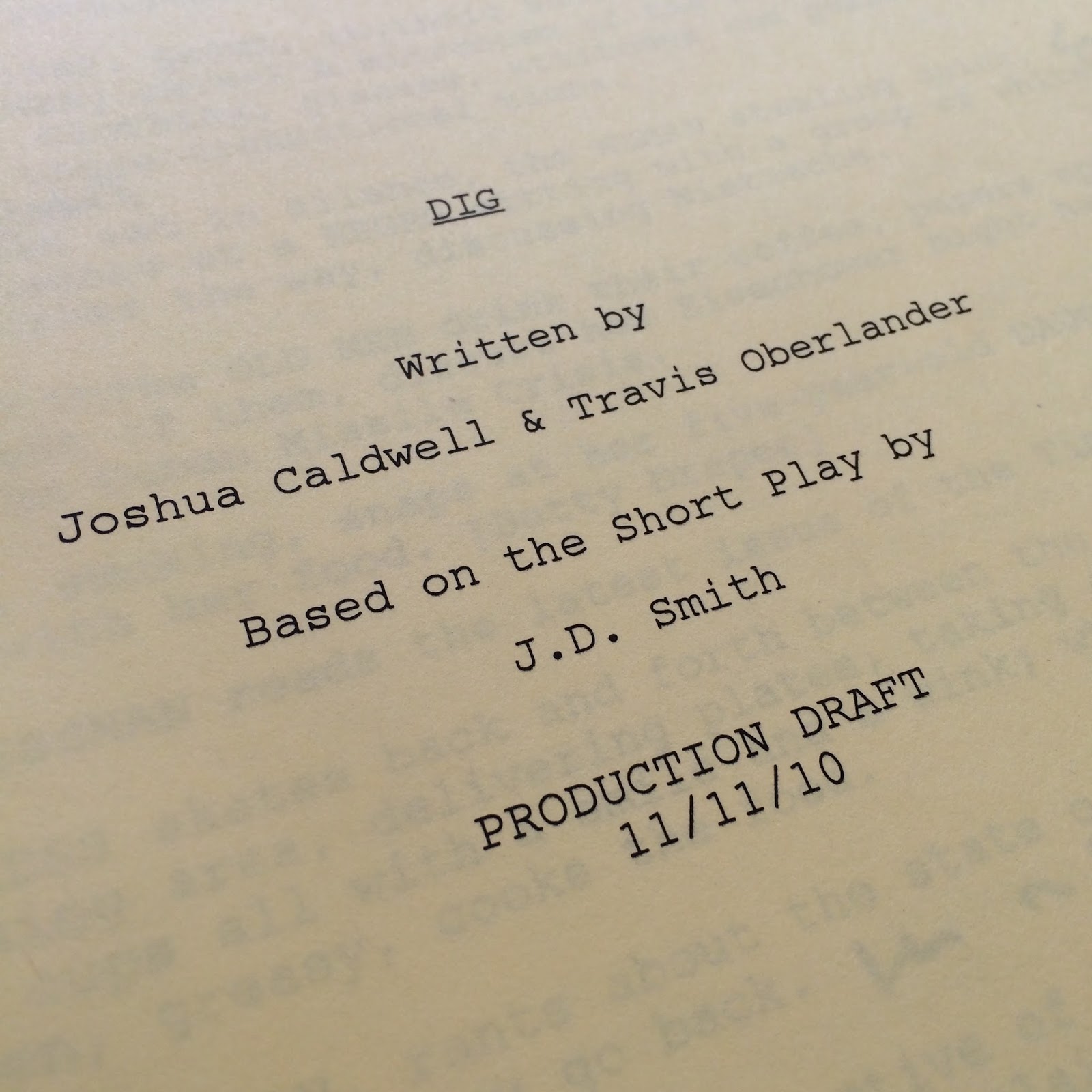 With my short film DIG now available to watch on Seed & Spark (and a Staff Pick!) I thought I would share with you the production draft of the script along with some shooting notes I made on it. These notes do not contain the full breadth of the work I did to prepare but are really more reminders of things I wanted to exercise, capture or remember in the middle of shooting.

For those of you new to following me and new to the blog my writing, production and post-production process on the film was pretty well documented on here. Click this link, scroll to the bottom and then read your way up. :-) As you can tell, I have no problem being up open about my process if you can learn something from it (and maybe this isn't worth anything).

But I don't think I've ever actually provided the script for anyone to read. So here you go:

And tweet me your thoughts @Joshua_Caldwell. I'm curious to hear what you think.

The script was co-written by Travis Oberlander and I. However, for the final draft prior to production I went through and revised it "for production." What does that mean? It means moving the script away from something to be read and make it your guide for shooting the film.

One of the things you might notice is what people refer to as overwriting. Lots of character descriptions, internal thoughts, etc. Well, my thing is this: a script is not a piece of literature. It's a blueprint and moving beyond the idea of a script being for a reader, whatever helps you build the house, do it. The original non-production draft of the script was about 18 pages. This production draft is 26.

Since the script is essentially my blueprint as a director why not put in there everything you need to make the best film possible? Who gives a fuck about "rules?" So, prior to production, I really go through and add in a lot of details I don't want to forget or character description or internal psychology, whatever I feel is necessary to help me make the best movie I can.

There's the reader draft and then there's the blueprint you use to make the film. They're different things. One can be loosely interpreted as literature and the other is really whatever you want it to be so that you, your cast and your crew know what it is you're trying to accomplish.

Additionally, I posted these on Twitter a while back and thought I would include them. Here's two pages of my shotlists for DIG. You can check them out and compare them to scene in the script. 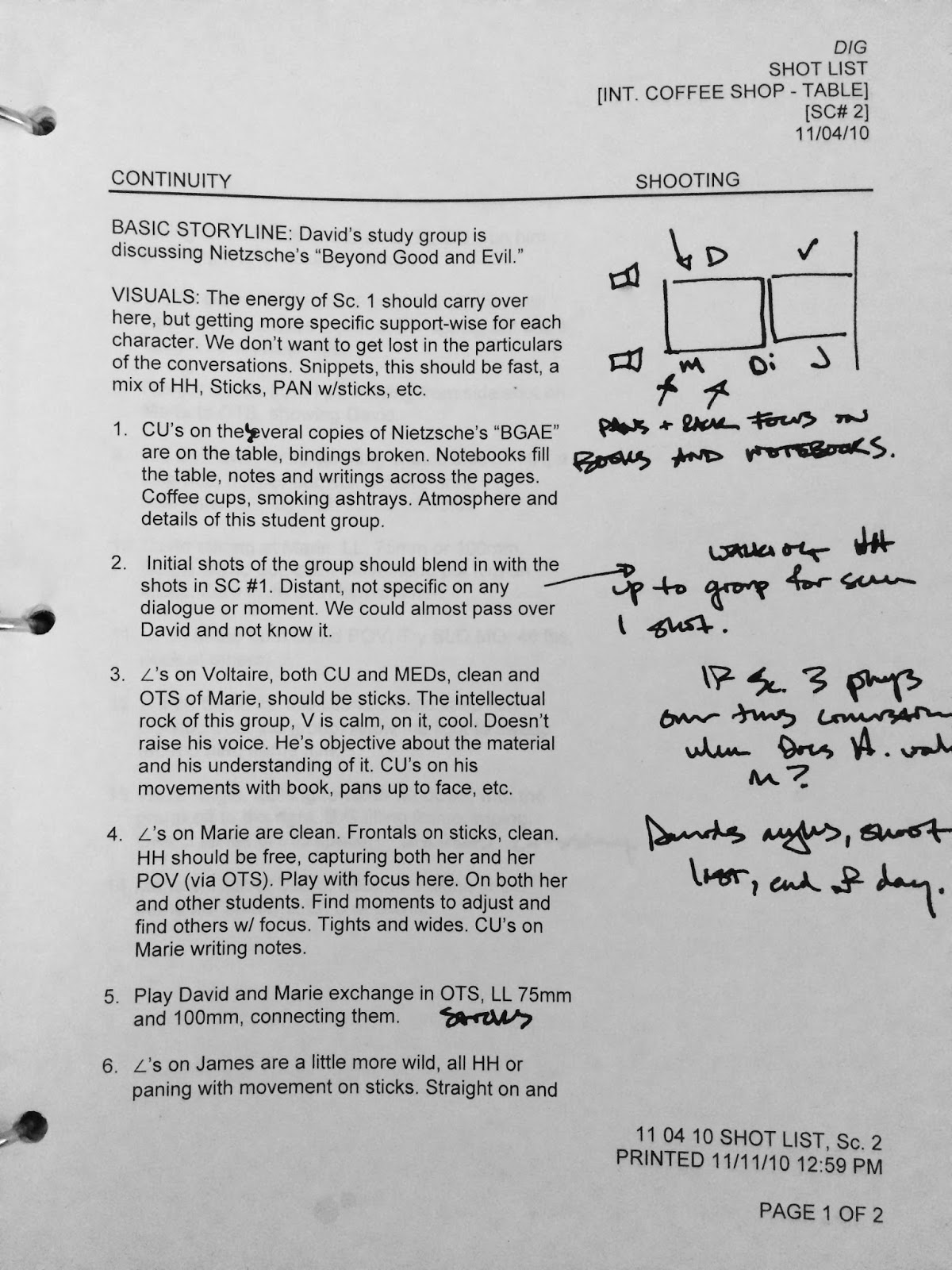 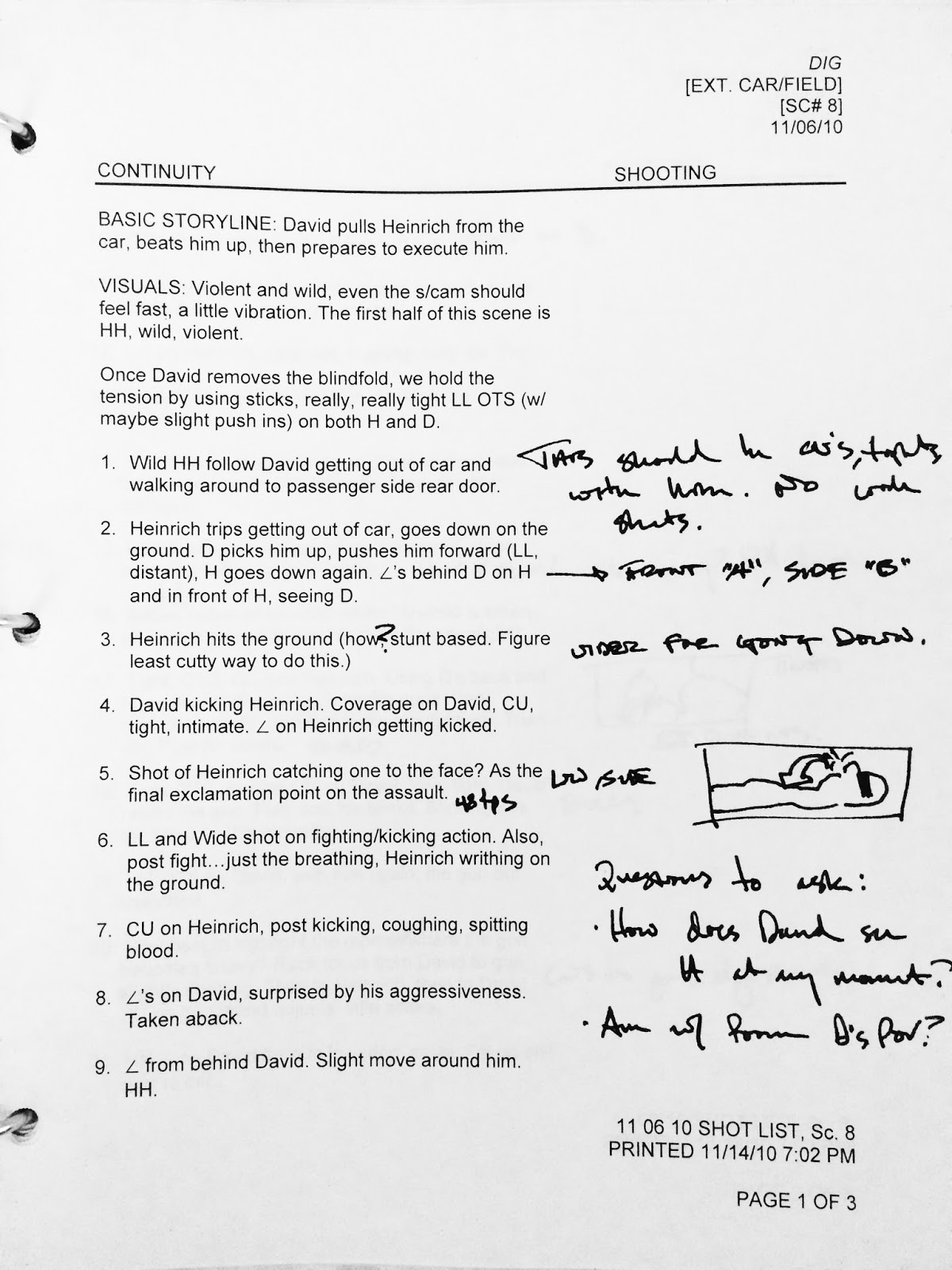