This past weekend I had the awesome opportunity to attend the 2014 San Diego Comic-Con as both a panelist and a fan. My panel wasn't until Saturday but since I got a four day pass and found a place to crash I decided to make the most of it and go as much as I could -- which only ended up being two days, but still... 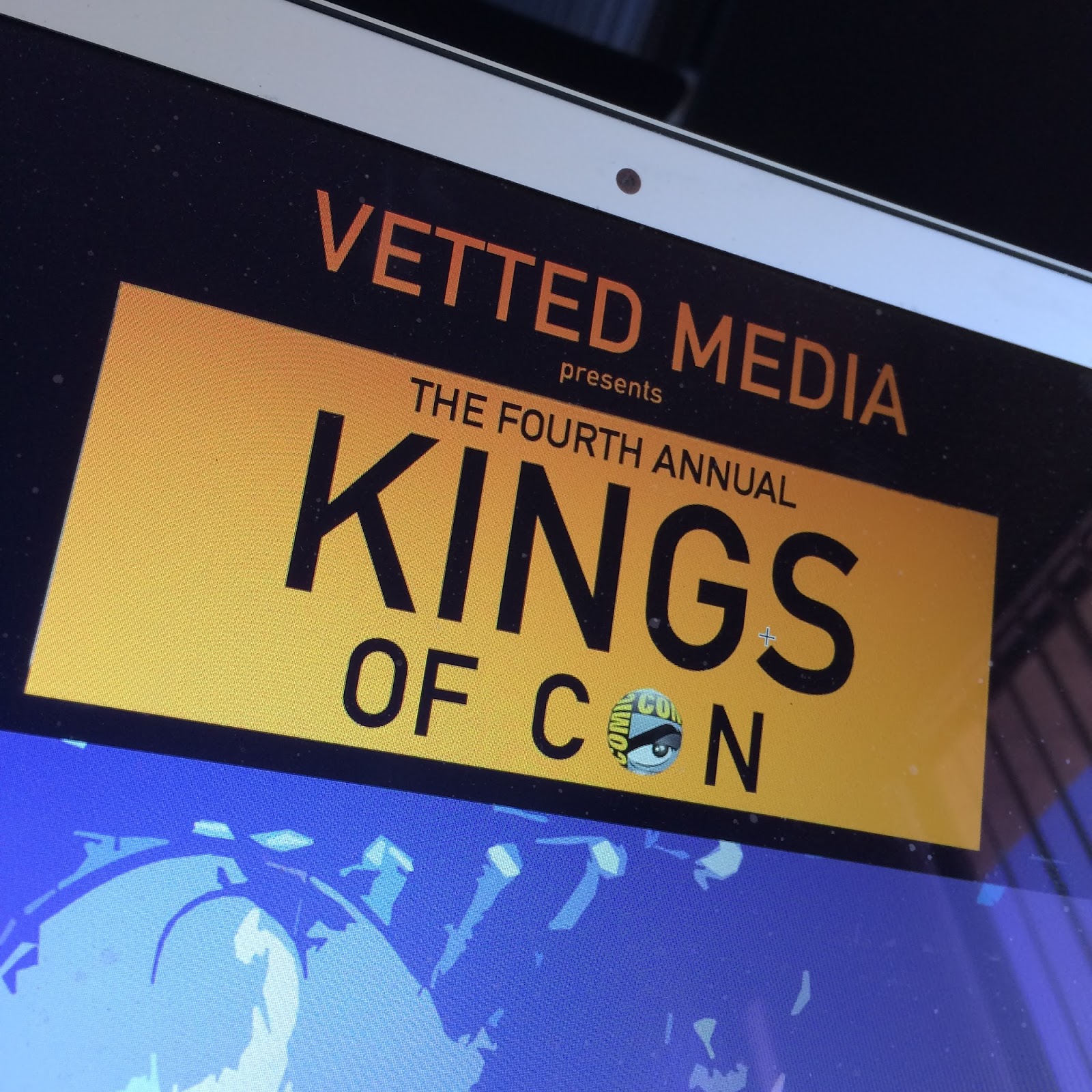 Perhaps my biggest regret is not making it down to SD Thursday night for the epic Kings of Con party thrown every year by Daniel Alter (@dalter007) and Umberto Gonzalez (@ElMayimbe). I had a late dinner that was too important to miss or cut out early from and so #Kingsofcon became my first Comic-Con casualty. Still, gives me a reason to go down next year.

This being my first time at Comic-Con I just didn't know what to expect. And what you get is a mass throng of 130,000 people within a (roughly) square mile. And 60% of them are cosplaying. It's an all out assault on the senses. Super crazy and super fun. 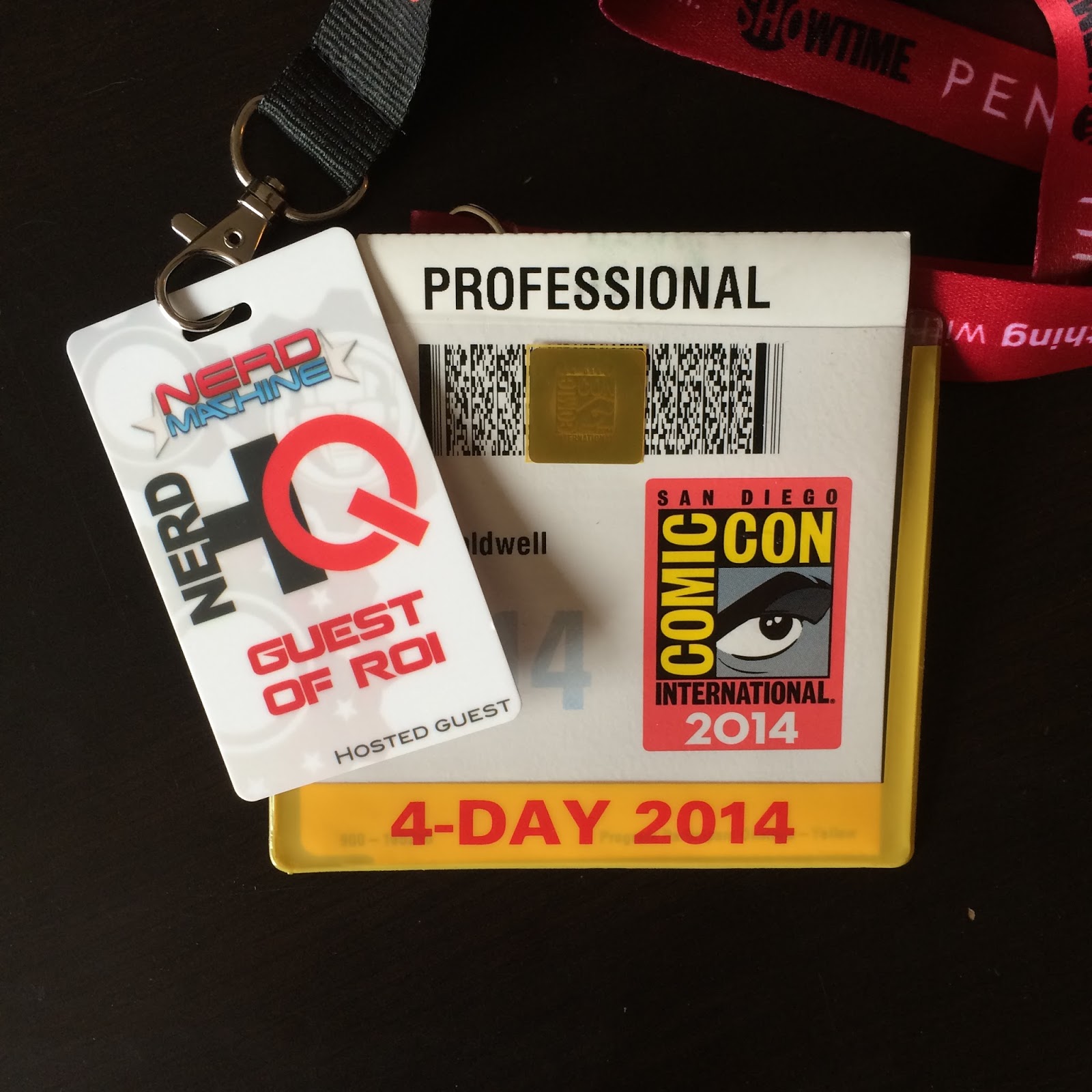 I picked up my badge and met up with RESIGNATION producer Alex LeMay (@thealexlemay). Travis (@tobewan) was meeting us down there as well. While waiting and people watching in the lobby (saw the best cosplayer ever -- some Wolverine wannabe with butter knives duck-taped to his hands) I connected with my buddy Ryan over at Dolphin Entertainment. He was in town to debut some of the new Max Steel movie they're working on. We all headed over to the Mattel booth to check out the the Max Steel suit and watch a signing with the stars.

At the end of the day, Comic-Con is much like any other trade show -- just more insane. There's stuff to look at everywhere. If you're ever planning to go I would say you have to give yourself more than a day. The first day is just taking everything in and trying not to explode. It's madness and you can only take so much before you need a break.

Following Max Steel, I took a quick walk through the DC Comics booth where they had all of the Batman suits up for display, including the new cape and cowl from Batman V. Superman.

If I'm being honest, I think the DARK KNIGHT suit is still the best but that's me. At one of the booths they had a full Dark Knight leather motorcycle suit. If I was still riding I might have considered it.

I connected with BitterScriptReader (@BittrScrptReadr) and Brian Scully (@brianscully) but as they just got there, I wasn't sure I could dive back onto the floor at that moment.

I needed a break but outside it was hot and muggy (I actually had rain on my drive down earlier). I headed over to #NerdHQ at Petco Stadium to check out what the deal was. Basically, they take over a large part of the stadium. It's free to the public and you can hang out, play video games, watch panels, buy food or, like me, just sit in the bleachers in the shade and relax.

#NerdHQ (@thenerdmachine) is run by Zachary Levi (@zacharylevi) and all proceeds benefit Operation Smile (@operationsmile). I reached out to Missy Peregrym (who is now married to Zach) and found out she's in town at the event. We met up and she brought me down to the green room for all the panels. We caught up for a bit, met Nathan Fillion (@NathanFillion) and then I met up with Travis and we headed over to grab dinner and drinks with the Pemberly Digital and New Adventures of Peter + Wendy cast and crew.

That night, Travis and I headed to the #NerdHQ industry party. Saw Timmy Spielberg (heyo!), ran into Tiffany Brouwer (@tiffanybrouwer) wandered around drinking a Coors tall can and then took off for my hour long drive to my buddies place (seriously, book your hotel early, kids).

Day 2: I got back down to Comic-Con around 11am and headed on to the floor. I wanted to walk around a bit and check out the merchandise and comics. I decided to pick something up while I was there, maybe a comic, wasn't sure. I mean, I had to make a purchase, right?

I found myself at the Big Wow Comic Fest booth and ended up buying an issue of Detective Comics #395. In addition to being pretty solid quality (VF+) and having a cool cover, this issue is notable for two reasons: 1) I believe it was the first issue drawn by Neal Adams and 2) it marked a turning point in the Batman comics series from the campy influence of the Batman TV series to a more darker, grittier tone. That felt appropriate for me.

To top it off, Neal Adams was at Comic-Con signing books so I headed over there and had him autograph the cover. Pretty cool, huh? 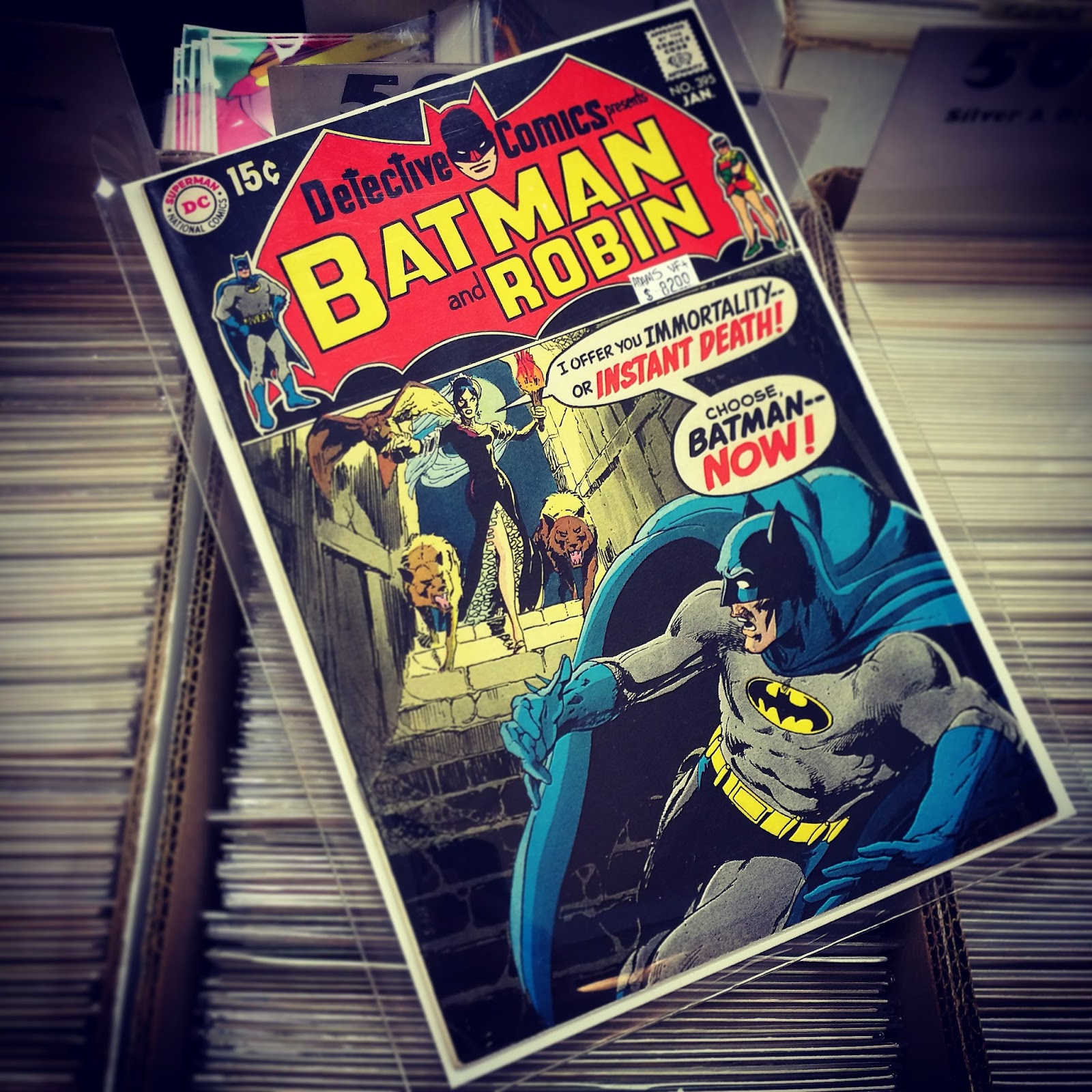 After walking the floor a bit, I headed back over to #NerdHQ to watch a panel Missy was going to be on about badass women. Appearing alongside her was Yvonne Strahovski, Rhetta, Jennifer Morrison, Sophie Turner and Ming-Na Wen. 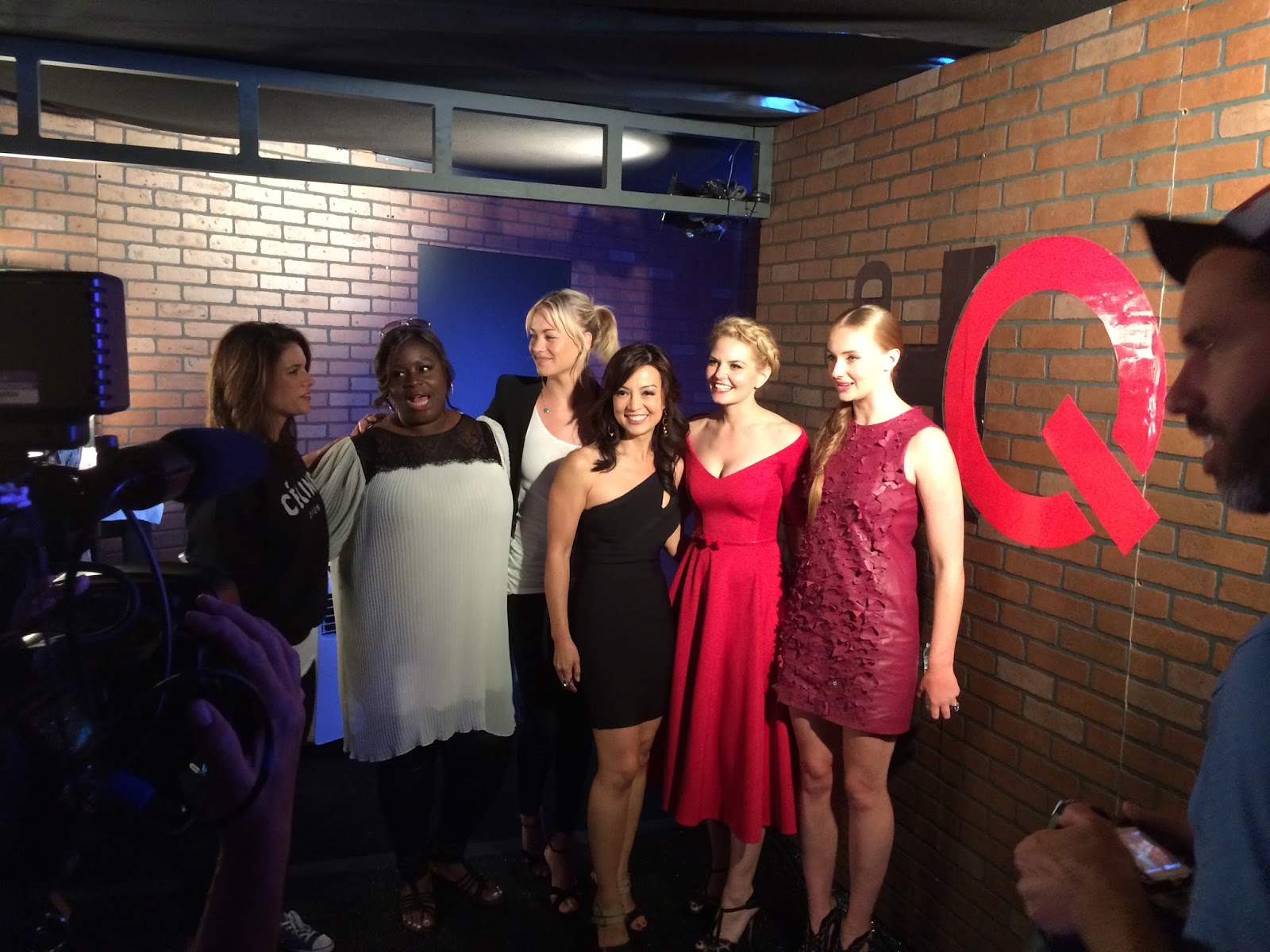 It was awesome. Great panel, Rhetta is HILARIOUS and everyone was saying how this was one of the best panels they had done. I've embedded the clip below. Give it a look.

After that panel, it was time for my own. I headed over to room 24ABC in the convention center. I was joined by Alex LeMay, Jay Bushman, Lara Hoefs,  and Jeremy Azevedo for a panel moderated by Gayle Bass. Missed it? You can check out the highlights here thanks to Travis:

Legit Fanfic: How Fan-Made Content Is Good for Audiences, Filmmakers, and Hollywood

We got to present a short case study on our film RESIGNATION and hear from other creators and facilitators of the fan fiction world. What? You haven't seen RESIGNATION yet? Well, I just so happened to have embedded it below.

Afterwards, by 9:30pm I was trying to make a decision on whether to stay another night or head home but with at least an hour drive to my buddy's place, only to then head home Sunday morning, I figured I might as well slog through it get back that night. In retrospect, I would have loved to walk the floor again Sunday morning but as my mom says, "You have to save something to do when you come back."

And I do hope to be back.