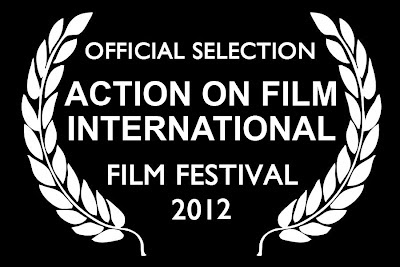 I am pleased to announce that Dig is an Official Selection of the 2012 Action on Film International Film Festival. The festival runs August 17th - 25th in Monrovia, CA at the Krikorian Theater

Tickets are $10 and can be purchased here.

About the Action on Film International Film Festival:

The AOF festival is one of the fastest growing, high profile international affairs in the film and video industry today.With meager roots, it has grown to an epic size by the virtue of its loyal following of filmmakers and writers who understand the value of being associated with an event that appreciates and supports their work.

We have received tremendous celebrity and industry support and been to launch the AOF channel, a weekly television series which showcases the talents of our filmmakers and allows them to be introduced to the world via traditional broadcast models.