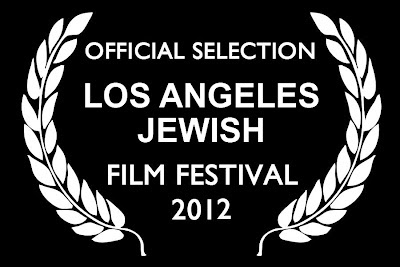 I'm am pleased to announce that Dig is an Official Selection of the 2012 Los Angeles Jewish Film Festival. The festival will run from May 3rd through May 10th. I couldn't be more humbled to have the film included.

Dig will be screening on May 6th as part of their 'Night of Film, Photography and Music Program' at the Sinai Temple in Los Angeles.

You can purchase tickets here.

A Night of Film, Photography, and Music
Presented by ATID & American Friends of Tel Aviv University

The entire community is welcome to join us for an evening of Jewish Culture with a filmmaking workshop, food, music, Jewish-themed photography and short films made by emerging artists and filmmakers in their 20 s & 30s.

The Los Angeles Jewish Film Festival (LAJFF) builds community awareness, appreciation and pride in the diversity of the Jewish people through film.

The mission of LAJFF is to preserve and celebrate our rich Jewish heritage; to cultivate Jewish values and the quality of Jewish life in our community (not only for the affiliated but unaffiliated); and to create and maintain a sense of community by providing important and exciting programming for individuals, families and organizations.