Burbank. Undisclosed hotel location. The fact that we were able to shoot in a working hotel in the manner we did was such a coup I can’t even begin to explain. This was another massive day: 10 pages / 5 scenes. Looking back on it now, this really should have been split up into two days but operating with the budget available to us, there was no way to build our own location on a stage and, unfortunately, it would have been a little risky to do two days at the hotel.

We had a lot of different scenes with a lot of cast, effects, a few small stunts and a tight confined location (which didn’t help with the lighting).

We started the day with a flashback scene that comes in the middle of the third bridge. As Labyrinth is talking to Charles Murtha he thinks back to this scene. Labyrinth, essentially, was a Jason Bourne type of assassin for MI:6 in Britain, having come up through the SAS. One of his first missions was to assassinate this man named Lisandro, who was a revolutionary leader in Santiago, Chile (invented, of course). This was the one scene completely invented separate from the book and Travis and I wrote it to explain the moment when Labyrinth began his journey towards where he is now. Lisandro challenges him in a profound way that alters his vision of what he’s doing and why.

We’re filming this scene in a practical bathroom with mirrors everywhere so it took a little working out. For the gun shot, Bruce, our prop master, brought in a guacamole gun, which is essentially an air powered device that can shoot blood, guts, etc. to mimic a gunshot. It’s pretty awesome but, of course, it’s messy. All I can say is that Hal looked badass in his black gear with the silenced Browning .22. 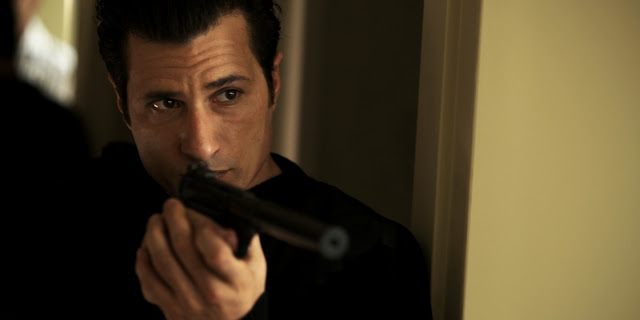 I actually learned something really fascinating on this shoot. Initially, in the scene, I had Labyrinth using a silence .45. Bruce, who was a former member of Delta Force and did tours in Iraq and Afghanistan back in the 90s, told me that the only gun that can actually be silenced is a .22. Anything larger and you still hear the gun shot. In fact, if you were to fire a silenced .22 all you would hear is the click of the hammer. Crazy!  Wanting to maintain as much authenticity as we could, we switched it to the .22 and it plays really well. We never fired the weapon as the shot happens off screen. It took us quite a while to wrap this scene up, after which we moved immediately into what will be cyber-bridge 5.
In this bridge, Labyrinth has kidnapped Shane Corbett and brought him up to a hotel room where the three of the many women he raped (remember the scene we shot yesterday?) are given the chance to get their revenge.

There’s a lot of movement in the scene, from Labyrinth dragging in Shane, sitting him down, getting in his face, turn to stop a girl from attacking too early, going back to Shane, tying him up, standing back, pulling out a phone, kneeling down to film as the girls approach Shane and cut him. Paul and I decided to shoot this whole scene hand held and in order to capture a certain amount of energy from both the actors AND the camera operator, we decided to try the angle looking towards Shane in one long shot, as opposed to breaking it down. The idea was to then turn it around and shoot the angle looking towards Labyrinth and the girls in one take, using two cameras (as most of this shoot did). We did several takes of it and the energy of both Hal, the girls, Shane and Nate (camera op) was fantastic. And I could see the bits and pieces I know I’d end up using in the edit, which were usually parts of a shot or angle that would be tough to explain to an operator to get or that happened accidently because of how everyone was moving through the scene. (Hence, my reason, as explained in yesterdays post, for shooting long takes.

After finishing the angle on Shane we broke for lunch. Afterwards, we came back and shot the other angle out, followed by shallow focus slow motion shots of the girls slicing Shane to death, followed by some inserts of the glasses being broken. We next had to get the girls, Nathalie, Jennifer and Haley, bloodied up to show the progression of the kill. So our make-up artist, Jennifer Mann, took them into the bathtub and went Jackson Pollock on them.

At this point we had gotten really behind on our schedule. Coming up were two scenes that took place in a hotel room both involving the same actors and technically the same location but I was being told that we couldn’t continue shooting in the hotel until 3am. Beyond the fact that it would have been nearly five hours over our day we also had guests staying on the same floor. So, I was informed that I needed to cut a scene. Without a doubt, I knew which scene I had to cut. While both were important, only one was crux to your understanding of the story in the book. I felt terrible about it, especially because I had asked a friend, Bella Dayne, to come out for it and that she and Alain would be speaking in English, French and German. I was heartbroken when I had to tell her but I knew in the back of my head that I’d find a way to shoot the scene, since I wasn’t cutting it because it wasn’t important, it was because I had to choose one.

The scene we did shoot that night was probably our most traditional. Lending itself to the nature of the scene and to do something different, we shot the back and forth interview (it wasn’t suppose to be a taped TV interview however) in lock offs with your more traditional master/medium/cu format, albeit, with a little tweak in the framing to satisfy my desire to not do something traditional. It was nice to just let the camera run as these two battled it out and the two actors, Thomas Mikusz playing Alain Pantin and Christopher Frontiero playing Johnny Knack, really killed it. 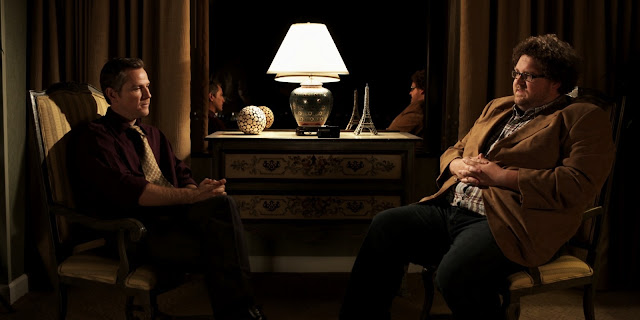 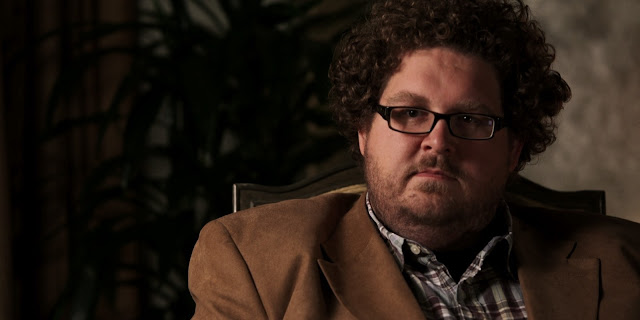 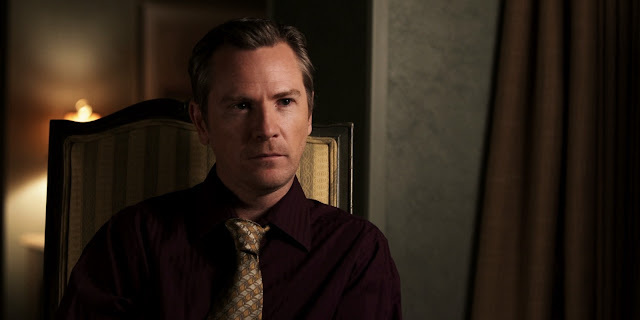 Lastly, we had to get the beginning portion of the scene with Lisandro, where he’s standing by the window on the phone saying goodnight to his wife. The scene plays via Labyrinth’s POV view through a closet as Lisandro dismisses his bodyguards and retires to the bathroom. We shot the scene quickly. Jesus Diaz, who played Lisandro, did an amazing job bringing humanity and strength to the character.

And with that, principal photography on Dark Revelations was over. The next day, Saturday, Paul, Hal and I went down to Angels Flight in LA to shoot a quick scene of Labyrinth overlooking the location where the bomb goes off. We totally stole the shot and got what we needed but not before having to kick a homeless man off a bench.

At the end of the day, we shot a 53-minute film in five days, capturing an enormous amount of varied content that, having seen it in its final form on a big screen, feels really epic, really big, very cinematic and incredibly satisfying. I know Zuiker loved it. And I hope you like it as well.