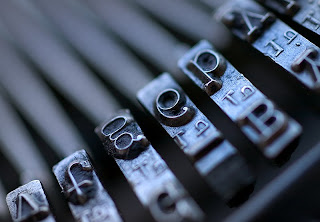 Soon after we turned in the 2nd Draft of our new script to our producers he got back to us with notes. And obviously, we were expecting that but when we sat down to dissect the notes we notice that some of the significant notes/changes were structural issues, things that we shouldn't be dealing with on the 3rd Draft.
Seeing this we decided to take a step back and revisit the outline phase. Now, when we started this whole thing, we were looking at having this ready some time in January. Obviously, it's not halfway through March and we're still working on it. This is how things work. Scripts take time to write and it's not as simple as putting together an outline in three weeks, a first draft in another three, and you've got a million dollar sale. As much as we'd all love for that to happen, sometimes it does and sometimes it doesn't. In this case, it didn't but that doesn't mean we have any less of a script. It's just that we have a story that's tougher to crack.
So, we spent the last month trying to crack that story, which resulted in about four or five passes on an outline, going through the story structure, character arcs, b,c,d-plots, and more. We went through a lot of back and forth with our producer. There were a lot of things he wanted that we had trouble fitting into the story as it currently existed and part of our job was to find ways of making it work. That's probably what took the most time: the back and forth over particular story points.
But the great thing about collaborating is that eventually you arrive at something that works, even if you had to wade through a bunch of shit to get there. So, now, Travis and I have started writing the 3rd draft, incorporating all of the new changes and additions we came up with.
The important thing was that a lot fo this stuff could, should and needed to be worked out in the outline phase, rather than working through several drafts of the script to get where we are now. It would have just taken way too long, it's not the smart way to do it, and it's a waste of everyone's time. Sometimes you need to take a step backwards before you can go forward. There's nothing wrong with that and, sometimes, it's the smart way of doing things.
Posted by Unknown at 5:00 AM