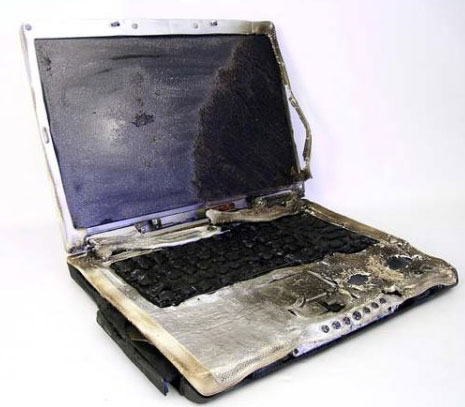 As many of you know, my computer was not very nice to me and decided to fail about two weeks ago. Fortunately, I have everything backed up. The computer can turn on by the hard drive is on its last legs and I need to replace it. Which I'm doing...tonight.
Anyway, the timing of this was the worst possible timing ever, as I am right in the middle of writing this treatment for our new script. We had a self-imposed deadline of Thanksgiving break for turning in something to our producer. We really wanted to turn in the treatment I was writing, which was 18 pages long at the 50% mark, but we just couldn't get it done in time. So, on Wednesday morning, Travis sent out a document which had the "treatment" version of the backstory, followed by the scene list that he had spent time putting together just in case I was unable to finish the treatment.
(This is kind of a bummer too because the treatment was really well written, I thought, and now, no one will get to read it. Maybe after we finish the script and it's out there I can post a copy of the half-finished treatment. We'll see.)
Our producer let us know that he would check out the outline and get back to us. Then, I hopped on an 8AM flight to Seattle. We landed at 10. I got a call from Travis saying the CE was trying to set up a call, am I available? I said yeah, sure. Then, we got an email from the producer telling us that we "flat CRUSHED it." He was very pleased with the treatment and couldn't have hoped for a better version of his idea. And he told us to go to script.
Awesome!
For one, he loved what we put together. But for another, it means that we're able to stay on schedule. One of the things we were worried about what making our deadline. If we had other changes to make, or the treatment wasn't 100%, we might not finish a first draft of the script before the Christmas break. In order to even think of having something ready to go out in January, we need to have the first draft done before the break, so we can all read it, come back with notes at the beginning of January and finish rewrites sometime that month.
So, tonight, Travis and I are fixing my computer. (We're installing a new hard drive and RAM.) Then, starting tomorrow night, we're writing the script. I'm not quite sure how we're going about it...but my guess is that it will be something close to how we wrote Glory Days...I'm not really sure yet.
That's it for now. Stay tuned for Part 3
Posted by Unknown at 8:00 AM